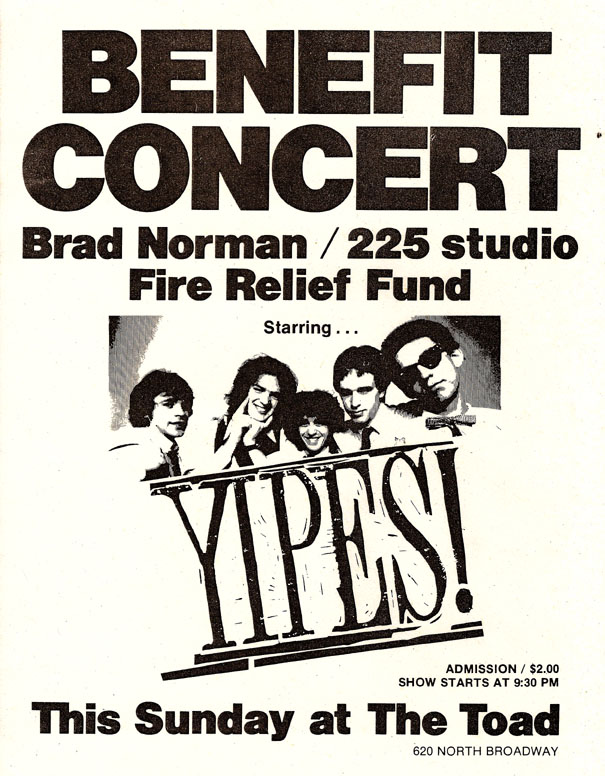 Yipes! is an American rock band from Milwaukee, Wisconsin.

Band members McCurdy, Hoffmann, and Strand had been playing together since 1971, but formed Yipes! in 1977 after the addition of Freese and Bartel. After winning a battle of the bands contest, the group submitted a demo tape to Millennium Records, which signed the group. Their debut, self-titled album was issued in 1979, and a follow-up release appeared in 1980. During this time Yipes! opened for Cheap Trick, Foreigner, Kansas, and Jefferson Starship. The band was dropped from their label in 1981 and disbanded soon after.