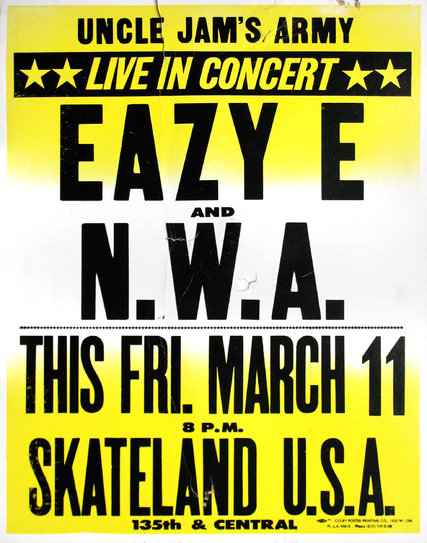 From the New York Times, "The Roller Rink origins of NWA":

At Skateland in the fall of 1987, Eazy performed the song H.B.O. had rejected, “The Boyz-N-The Hood.” C.I.A. opened, and Cube stole the night with a rhyme called “My Penis” set to the tune of Run-DMC’s “My Adidas.” The rink roared its approval.

“The Boyz-N-The Hood” was such a hit within the neighborhood that Dre, Eazy and Cube merged their crews to form a super group that specialized in the music beloved by the Skateland crowd.