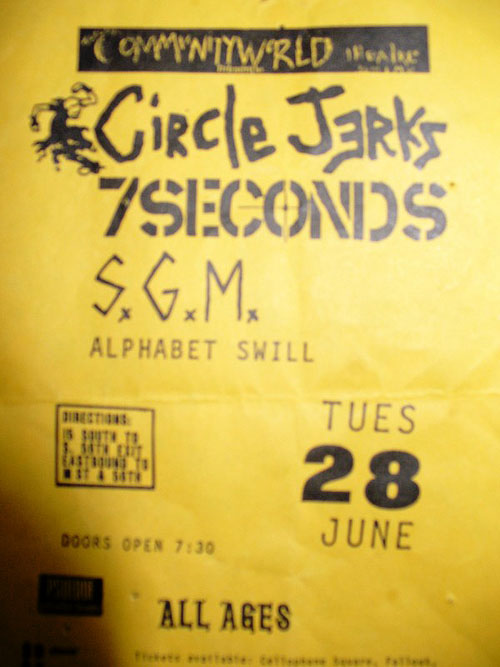 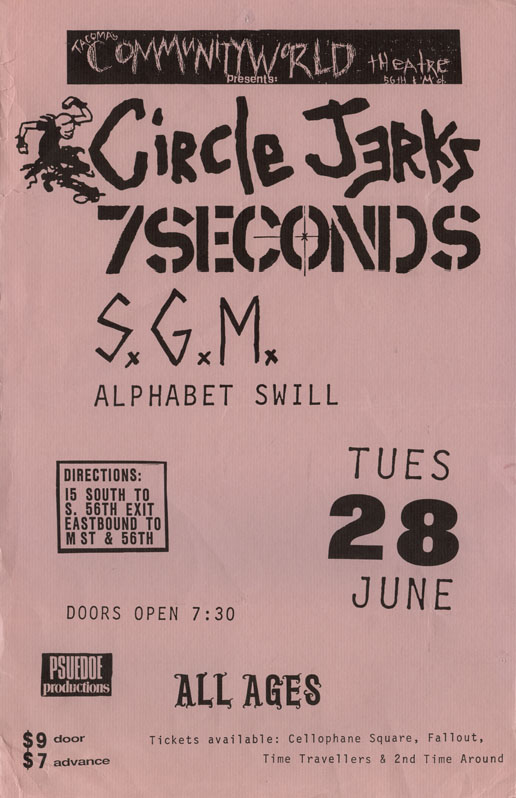 This was the last show at the Community World Theater.

The long-running leasing and rent issues between Mushkin and May mounted until it all came to a head in a single night. May stood outside with the police and fireman and explained that shutting down a Circle Jerks show in the middle of a residential neighborhood would cause more damage from unruly patrons than anyone was prepared for. The authorities listened to reason and let the show come to its natural conclusion. The show went off without a hitch and as the concert cleared out, patrons streamed past the authorities that had come to shut down the theater. Just that quickly the Community World Theater was no more.