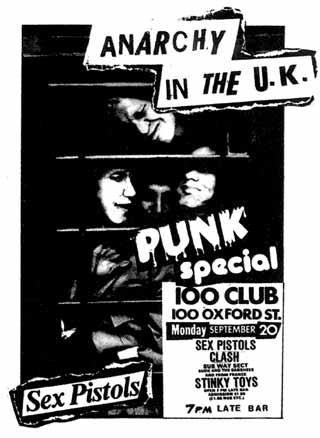 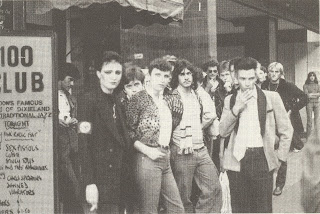 The 100 Club Punk Special (sometimes referred to as the 100 Club Punk Festival) was a two-day event held at the 100 Club—a typically jazz-oriented venue in Oxford Street, London, England—on 20 and 21 September 1976.[1] The gig showcased eight punk rock bands, most of which were unsigned. The bands in attendance were each associated with the evolving punk rock music scene and movement of the United Kingdom. The concert marked a watershed for the movement, as punk began to move from the underground and emerge into the mainstream music scene.