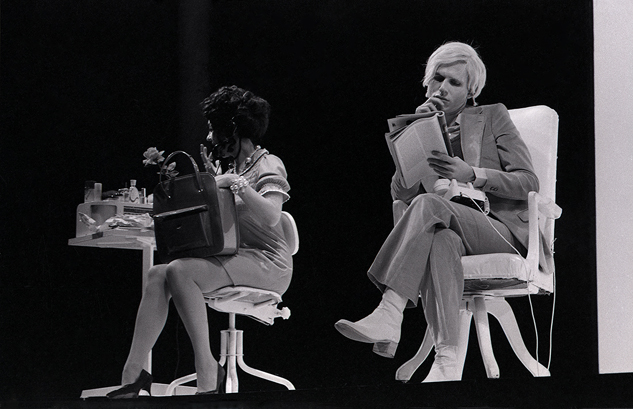 Andy Warhol was a man of many art forms — a painter, a filmmaker, a creator of celebrity culture. What is less widely known is that he added “playwright” to that list with Pork, his only play, first produced at New York’s famed La MaMa Experimental Theatre Club in May 1971. Now the Leslie-Lohman Museum of Gay and Lesbian Art is raising the curtain on Pork again with its photo exhibition “Pulled Pork: Unseen Images from Warhol’s Only Play,” running Friday through Monday.

The play, which carried through on its promise of “good dirty fun,” revolved around the sex-and-drugs escapades of Amanda Pork, based on Warhol protégé Brigid Berlin and played by Cherry Vanilla. Among others in the initial production’s cast were transgender performer Jayne (a.k.a. Wayne) County, along with Anthony Zanetta as Warhol-like character B. Marlowe and, in his theatrical debut, a very young Harvey Fierstein in a supporting role as an asthmatic lesbian maid.