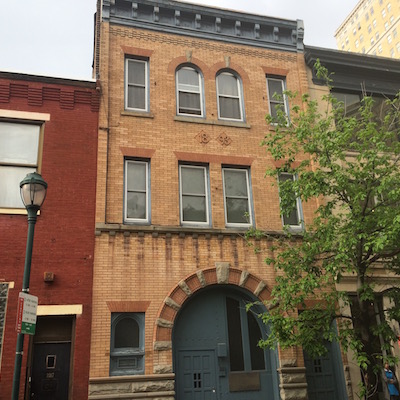 That space is itself storied, at least to those who remember the Philly of the 1970s. It’s on the first floor of a former firehouse on the 2000 block of Sansom Street, long a stretch known for an eclectic mix of shops, clubs, music venues, theaters and eateries.

It’s fronted by an innocuous blue door now, but back in the day, what was on the other side was Artemis, the hottest disco in town. Artemis was the second and best-known of a string of legendary clubs run by local impresario David Carroll, and Zahn described it as the place where everybody went. “It was Studio 54 before there was a Studio 54,” he said. “Teddy Prendergrass, Darryl Hall, John Oates, they all came here,” along with other notable musicians; Zahn wouldn’t swear to this, but he thinks he may have bought a young Bruce Springsteenhis first legal drink at the club.