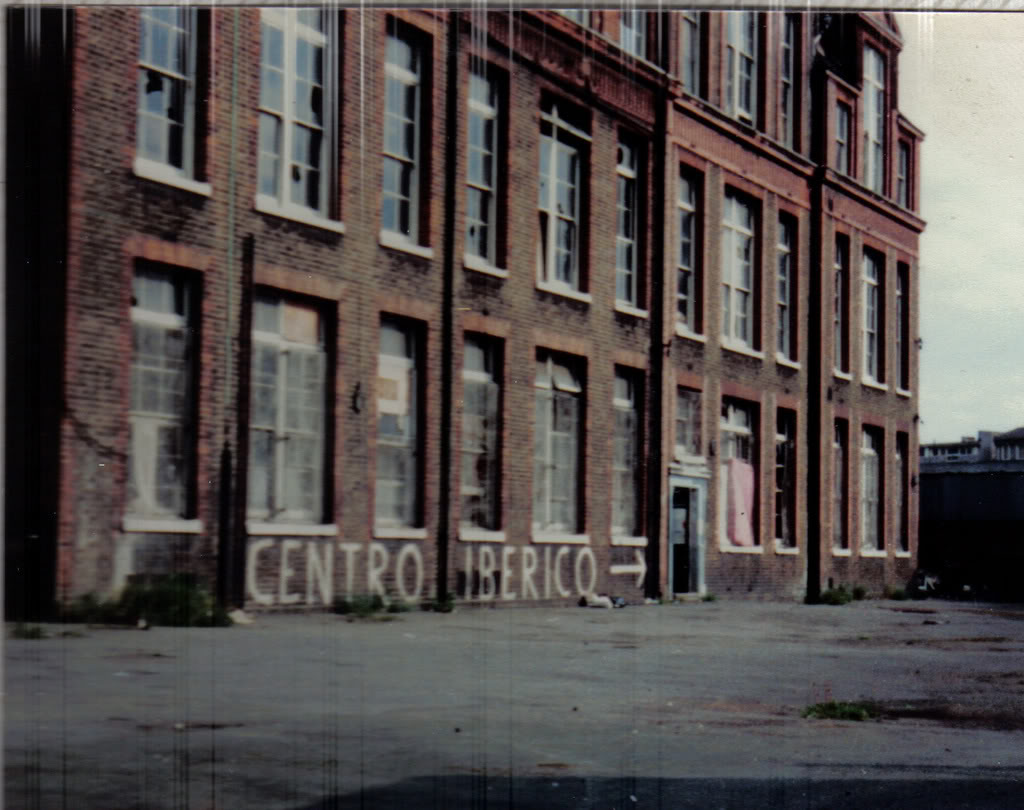 A scan of the original of this is in the Photo Gallery section. It was written by Tony D. in March 1982.

National tragedy 23 million people still employed!
The Autonomy Centre in Wapping has now officially closed after being largely unused in its year long existence- apart from the gigs there every Sunday from November to Feb 21st (till the landlord found out). As the gigs were the Centre’s only form of income it was inevitable it had to close -£680 rent every three months, next payment would have been made on March 22nd.

Around £700 was paid into the bank from concerts, another £50 used to repair the drum kit that was used almost every week and to buy materials and keep the Centre running.

As this is written there is £89 in the Centro Iberico kitty, but there is also a list of things that are needed quickly:
Microphones , chemical toilets (what people in caravans and things use) , tape recorders, a plug board (not enough sockets in hall),paint/brushes to paint banners to decorate the place, food/tea/coffee that you eat and drink free each week (or pay a little for the food)…
This isn’t just a gig venue run by an elite clique of people. As we said in our last Sunday Supplement “A kick up the arse”, if you don’ t put energy into the centre well all get pissed off and put none in ourselves and then where will you be? The Lyceum? The Clarendon? the 100 club? Twice the cost, half the bands and bouncers = no fun. Thieves, no-one paying, no participation = no A centre. Its your centre, use it, don’t abuse it …etc.
When a new, permanent place is found that we can use during the daytime for more than just gigs, then these gigs now should have raised enough to pay for facilities and things that can be used by and for all. If you have any ideas about what should be there, come along early and discuss it.
Crass have shown interest in helping out but they don’t want to be used as a money source (the way Iris Mills and crew did in the setting up of the last place) – this place has to be financially independent…
£1 entry, doors open 4.30pm, first band on at 7pm, finish at 10.30pm

Dotted around the text are little Situ quotes:
Authority is the Negation of Creativity
Disobey your Jailors- Smash the Spectacle
All power to the imagination/ imagine no power
In a time of universal deceit, telling the truth is a revolutionary act